Sharon and Manuel’s fate was sealed when they were attending a salsa dancing event one night in March of 2012. Manuel’s best friend instantly saw how perfect the two would be together, so he introduced them. A few years later, Manuel knew he was more than ready to make Sharon his wife and had a surprise proposal planned. One January evening, the couple made a trip to Hermann Park in Houston’s Museum District. Manuel led Sharon over to a romantic little gazebo and asked Sharon to be his, forever. The two said vows and celebrated their love story with a ceremony and reception at Houston’s ultra-chic Hotel ZaZa. Their gold and black color palette was a perfectly stunning complement to the hotel’s deeply romantic tones. The couple remembers having the most divine wedding cakes, courtesy of Who Made The Cake, for their celebration: “The main cake was made with Italian cream with vanilla ice cream in one tier and raspberry cake with raspberry filling in another”—and to add to that decadence—“The [Star Wars theme] groom’s cake was chocolate on chocolate.” Yum. Sharon recounts: “One of my favorite moments was when my husband surprised me with a song, playing the conga with the band. It was amazing!” 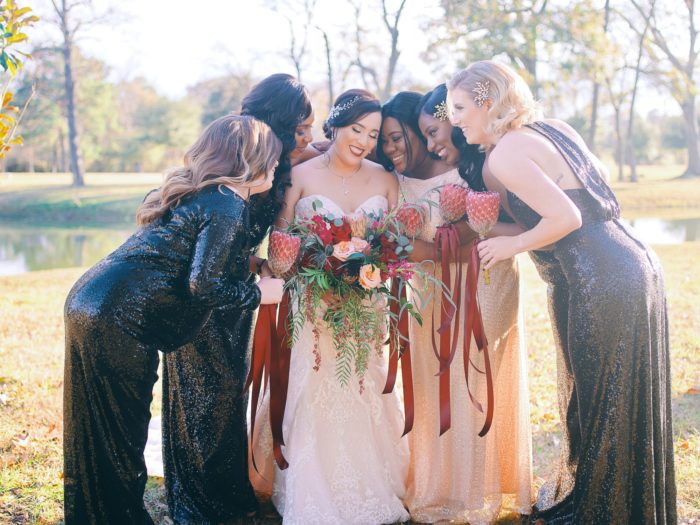 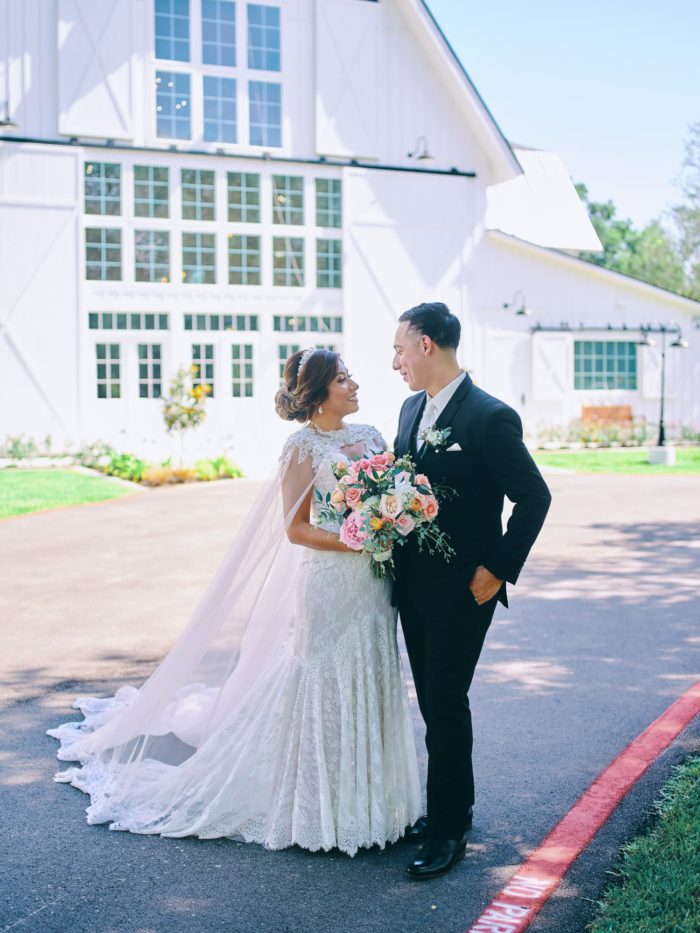 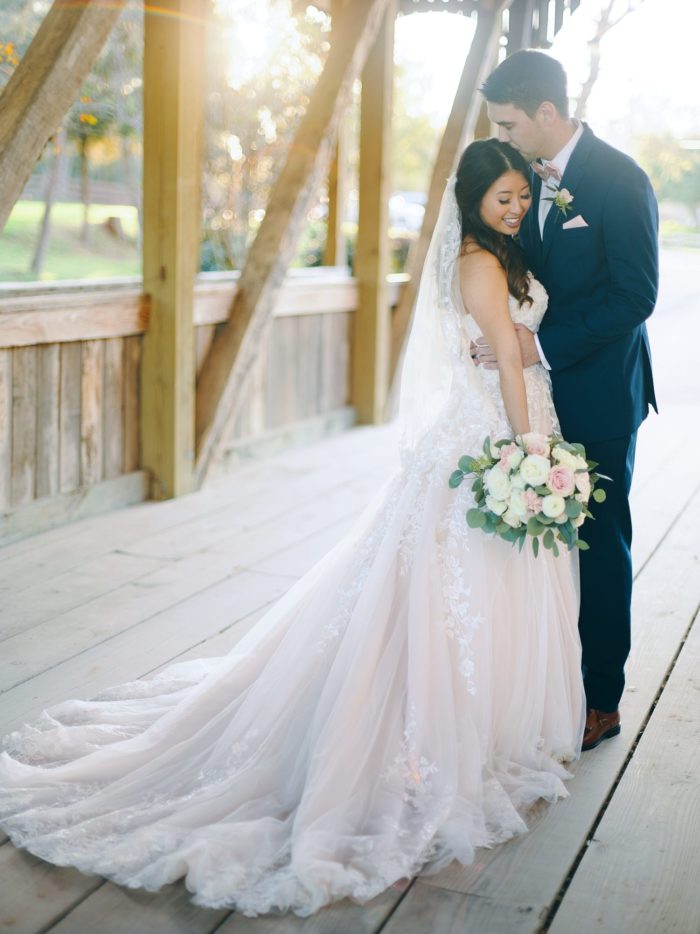 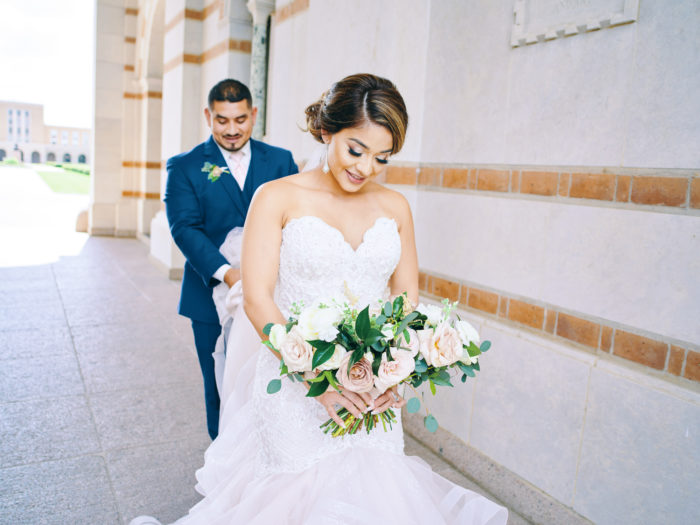